Denver is the large city in Colorado as well as the state capital. The city nestles in the South Platte River Valley on the west of the High Plains and east of the Rocky Mountains.

Known as the Mile High City, Denver is 5280 feet above sea level, offering a unique climate and amazing opportunities for living the outdoor life.

Denver was originally settled as part of the Pike’s Peak Gold Rush in 1858. It began as a mining settlement on the South Platte River. It was settled for a while before being abandoned.

A short while later, General William Larimer and Captain Jonathan Cox, Esquire, claimed land opposite Auraria, which residents had left the original site in favor of. Larimer named the new settlement after James W Denver, the Kansas Territorial Governor, but Denver had left office.

Larimer sold parcels of land to build a frontier town serving miners and new immigrants and grew steadily from there.

Once the Leavenworth & Pike’s Peak Express set up a route into Denver, money and people began arriving, boosted by the arrival of Western Union in 1863 and Denver Pacific in 1870.

From there, the city grew to include lumber, farming, livestock and manufacturing alongside mining to create a robust economy that could survive and thrive.

Denver is very well served by transport links in and out of the city.

Arrive by air and you’ll likely use Denver International Airport (DEN). It’s a few miles northeast of the city and linked via road and rail.

Bus services in Denver are mainly run by Greyhound and Autobus Americanos.

The Amtrak California Zephyr stops at Denver Union Station once per day on its way to Chicago.

Local rail and buses are run by RTD and cover move of the metro area.

Denver is one of the few cities that are genuinely navigable by bicycle. It has hundreds of miles of trails and bike routes throughout the city, making it possible to commute on two wheels as well as four.

Denver has a very diverse economy with many major companies having a presence here.

Areas and neighborhoods of Denver

Denver has a diverse mix of neighborhoods that make it a 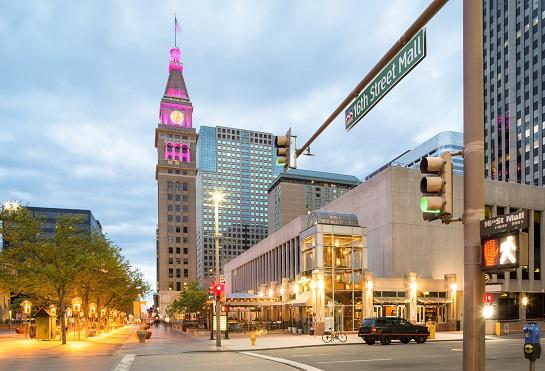