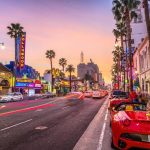 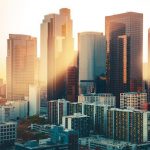 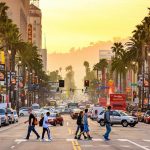 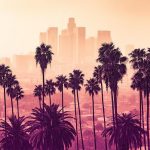 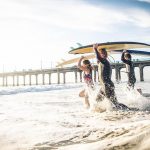 Los Angeles is one of the most famous cities in the country, if not the world. Home to the movie industry, center of showbiz and home to almost four million people, everyone has to visit here at least once in their lifetime. The wider metro area is the second most populous area in the country with an estimated 17 million people calling it home.

The area that is now Los Angeles was original settled by the Tongva and Chumash Native American people. The region was claimed by the Portuguese in 1542 but was settled by the Spanish in 1771 when they built the Mission San Gabriel Arcángel. Settlers followed who called the area ‘El Pueblo de Nuestra Señora la Reina de los Ángeles de Porciúncula’ (The Town of Our Lady the Queen of the Angels of Porciúncula).

New Spain became independent in 1821 and the area became part of Mexico until 1847 when America took control of the area after the Mexican–American War. Railroads began arriving in 1876 and oil was discovered underground in 1892. These two developments saw the population of the area rise to over 100,000 by the turn of the 20th century.

Los Angeles was the first city to introduce zoning and in 1908, the first ever land use zones were introduced to help divide the city into distinct areas. Hollywood arrived in 1910 with most of the country’s movie studios already working in the city by 1921. Since then, the city’s industrial and cultural base has grown in stature, influence and power.

The economy in Los Angeles is very diverse. Hollywood and creative industries are still centered here, as is aerospace, technology, energy, fashion and tourism. There is also a significant financial services and service industry presence in Los Angeles.

The Port of Los Angeles and Port of Long Beach together are the fifth busiest port in the world. Four airports, swathes and industrial areas and the massive creative industry conspire to make Los Angeles an economic powerhouse for the country.

The character of Los Angeles is one of creativity and forward thinking. There are more creatives, actors, singers, artists, writers, producers and dancers living here than anywhere else in the world. This is a cosmopolitan city with representation from every country and culture in the world. It is a melting pot of ideas, influences and energy and is all the better for it.

Hollywood and the music and fashion industry obviously has a huge influence over the city but that isn’t all the city is about. There is also a very industrious population who work hard to be able to relax and enjoy the Californian lifestyle.