San Diego is a large city on the Pacific coast by the Mexican border. It’s the 8th largest city in the country and home to 1.5 million people. As the first area settled by Europeans, the city is known as the birthplace of California. 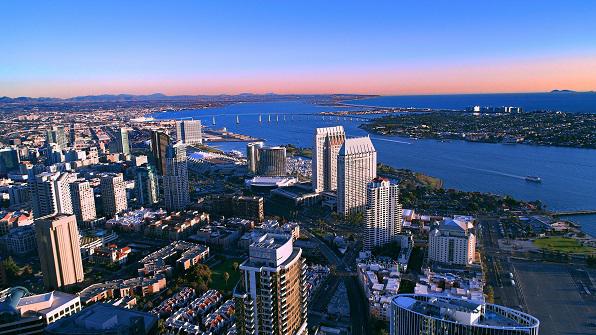 Known mainly for the navy and military, there’s a lot more to San Diego than meets the eye.

The area that is now San Diego was originally claimed by the Spanish in 1542 but not settled until the 18th century.

Originally discovered by the Portuguese Juan Rodriguez Cabrillo, sailing under the Spanish Flag, it was later mapped by Sebastián Vizcaíno in his flagship “San Diego”. He stopped in Mission Bay and renamed the area ‘Saint, St. Didacus’, or San Diego.

The Presidio and Mission San Diego de Alcalá was founded in 1769 and settled properly in 1821.

Later, the area became part of the Mexican Empire and then the First Mexican Republic before being ceded to the United States after the Mexican-American war. California formally became a state in 1850.

Since then, San Diego has grown thanks manufacturing and trade and more recently, defense. It has a strong tourism and educational market too.

San Diego has plenty of transport links thanks to its position. Arrive by air and you’ll likely use San Diego International Airport (SAN). It’s a short trip from the airport to Downtown which you can use road or rail, car or shuttle. You may arrive at Los Angeles (LAX), from which you can get a bus or the train south to San Diego. The Amtrak Pacific Surfliner runs along the Pacific coast and stops in Downtown San Diego. Local rail is run by Coaster or the Blue Line Trolley.

San Diego doesn’t have a bus terminal but service do cover the city. They include Greyhound, Hoang Express, InterCalifornia, LuxBus, Mexicoach and some private lines. You can also arrive at San Diego by ship at the Cruise Ship Terminal Downtown. Road links include I-8, I-15 and local routes throughout California.

San Diego has a large and diverse economy but it is dominated by the navy and defense. 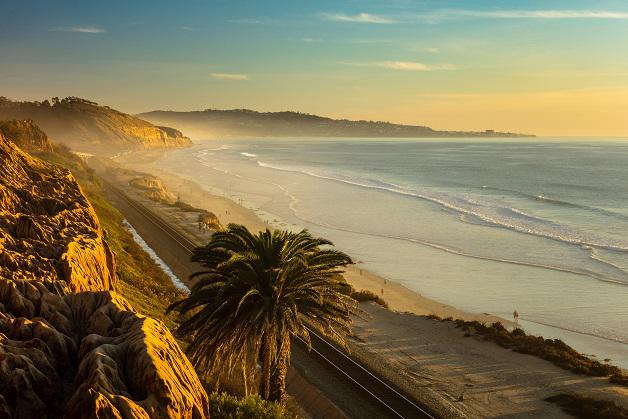 Areas and neighborhoods of San Diego

San Diego is made up of lots of neighborhoods.

There are a lot of attractions in and around San Diego to enjoy, too.